Why don’t we ask for help?

What is Mental Health? 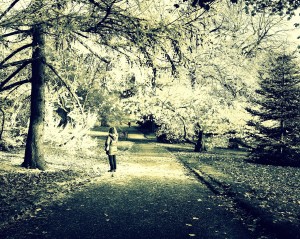 Mental health is defined as a state of well-being in which every individual realises his or her own potential, can cope with the normal stresses of life, can work productively and fruitfully, and is able to make a contribution to his or her community. (WHO, 2007)

While the vast majority of people who suffer from mental health illnesses can and do recover they have done so by asking for and getting help.

So what is stopping us asking for help?

Mental health is something we all have like physical health and we should take steps to look after it in the same way we look after our physical health.  If we had a physical illness we would not ignore it, we would seek help from a chemist, doctor or hospital.  Yet thousands of people who suffer from mental health illnesses ignore the symptoms, try and hide it from family, friends and their work places and don’t look for any help.  Many people still believe that if they just ignore their mental health illness that it will go away on it’s own.

Unfortunately mental health illnesses are still stigmatised in modern Irish society, we are getting more accepting and more educated about mental health but we still have a way to go. Feeling fear, being embarrassed and ashamed are very common feelings that people, who suffer from mental health problems, have, they fear how people will treat and react to them if their illness is known. Responding to stigma, people with mental health problems internalise public attitudes, sometimes imagining things will be worse and this in turn can lead to low self-esteem, isolation, and hopelessness.  Mental health illnesses like depression warps a persons thinking and very often only negative thoughts will be in the forefront of someones mind which in turn can stop someone speaking up and asking for help.

What are the effects of not speaking up and asking for help? 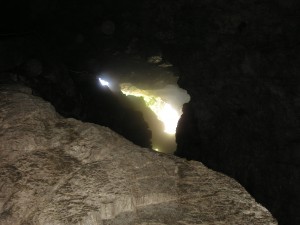 Ignoring your mental health illness or just hoping it will go away without any treatment does not work.  Like any physical illness if left untreated it can get worse over time and sadly in many cases it can lead a person to become suicidal andor they kill themselves to escape their mental suffering.  Studies have shown that the longer people wait for treatment, in many cases it will take longer for the person to recover as their symptoms will have increased as time has gone by.

If you think about depression as a dark cave where someone is walking in the dark away from the entrance & light, the more they keep walking away from the cave entrance the longer it will take them to get back to it.

So what are the benefits of speaking up and asking for help?

If you or someone you love is suffering from a mental health illness you have nothing to lose, there are only positives.

Depression, PTSD & Postpartum Psychosis are very treatable. The majority of people do recover fully and most will never experience another episode.  Even the ones that do have repeat episodes are more aware early on what is happening to them, seek out help more quickly and have a better understanding of their treatment options.

It is a very common problem.  People who suffer from mental health illnesses often comment that once they have spoken up and told people, that often other people will tell them they have suffered as well.  People can enjoy attending support groups as they learn what they are feeling is not isolated to them and others are or have felt the same. So very often people then in turn feel less isolated, they no longer feel on their own or it was their own fault they are feeling that way.

If you are suffering from a mental health illness related to infertility, pregnancy or childbirth please click here to see how to contact us for more information on how we can help.